The Rise of the Virtual Assistant

Using virtual assistants, or “VAs,” to support and grow a business is a hot topic these days, especially within the realm of online business owners. In fact, search “virtual assistant” and half a billion results come up! You may know what a virtual assistant is and why they can be game-changing resources for entrepreneurs. But do you know how long they’ve been around and how quickly their industry is growing? We thought we’d shed a little light on the rise and popularity of the modern VA.

Start with the Basics: The History of Outsourcing

When you hire a virtual assistant, you’re doing a specific type of outsourcing. Outsourcing can be defined as “the strategic use of outside resources to perform activities traditionally handled by internal staff and resources.” Simply put, it’s having non-employees perform a business function that could be done by in-house employees.

Companies choose to outsource parts of their non-core business operations to perform those part more cost-effectively, more efficiently, or at a higher quality than they could perform it in-house. When a role or function is outsourced to a country that’s far away from the company’s operations, it’s often referred to as offshore outsourcing. 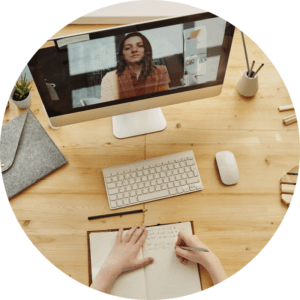 Onshore and offshore outsourcing grew steadily after World War II, and by the 1970s and 1980s, it was a highly popular strategy among U.S. manufacturers for creating a competitive edge. By outsourcing functions unrelated to their core business, companies could focus more closely on their specific business expertise. By the 70s, many consumer goods were produced overseas, and the 70s and 80s saw some business services (e.g., bookkeeping) being sent overseas, as well.

For example, companies started shipping – literally – paperwork to other locations for cost-effective processing in the 70s. By the 80s, the paperwork was more often sent by plane than by boat, and dozens of paper processing companies sprang up in the Caribbean, Ireland, and Asia.

These types of services were the first examples of what is now often referred to as “business process outsourcing” or BPO. 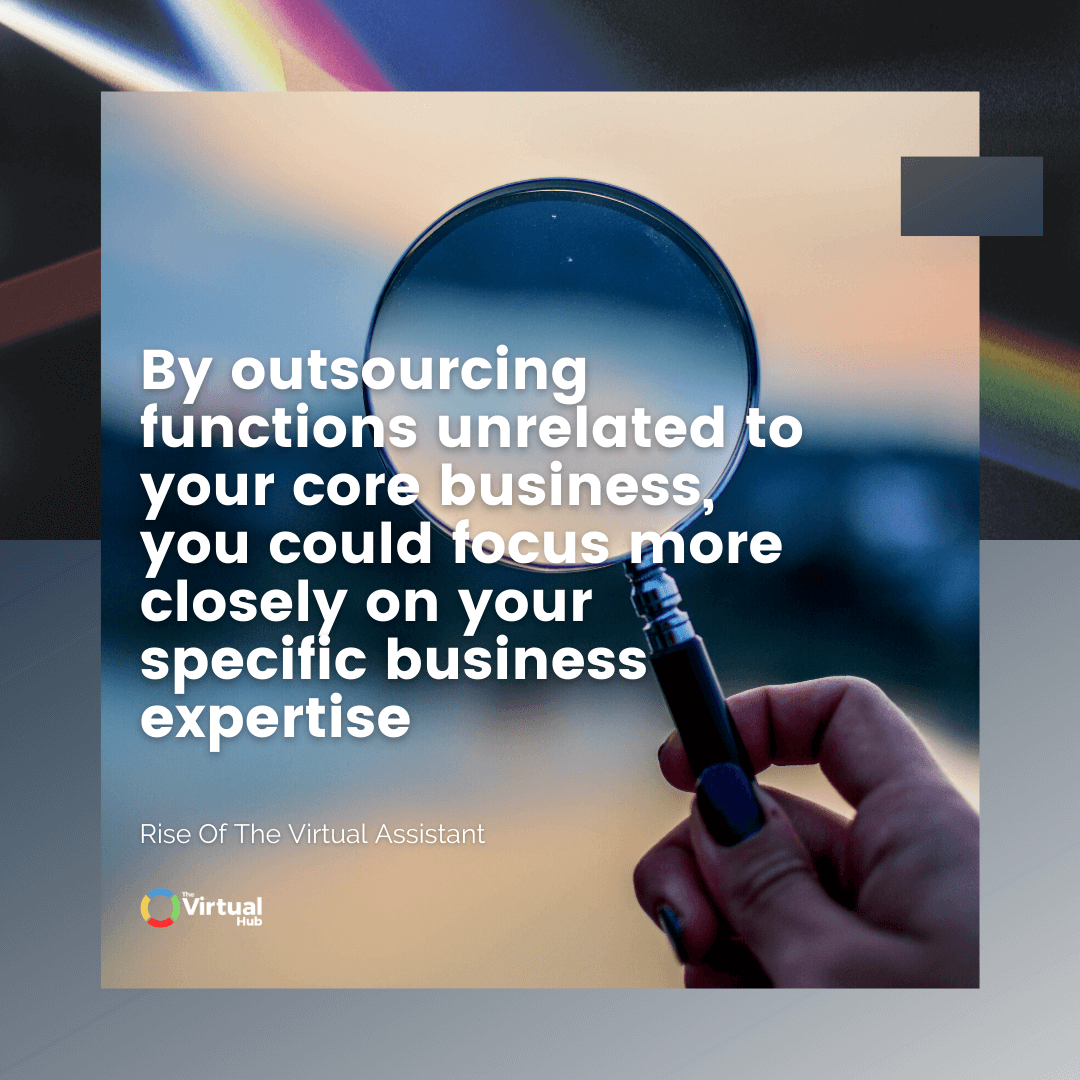 With the shift to a more digital economy in the last 20 or more years, outsourcing is also a hot topic – and bit of a buzz word right now – but it’s been associated with manufacturing going all the way back to the Industrial Revolution.

When industries first began outsourcing parts of their operations, transportation and communication didn’t happen at the breakneck speed they do now. So, manufacturers typically outsourced part of their operations to other businesses nearby, often in the same city.

Later, manufacturers outsourced parts of their operations overseas, allowing them to enjoy a large cost savings due to different standards of living in places like Asia and South America.

For example, the Philippines was home to one of the early offshore outsourcing sites for a U.S. manufacturer. It was in the Philippines where Coca Cola established its first international bottler in 1921! 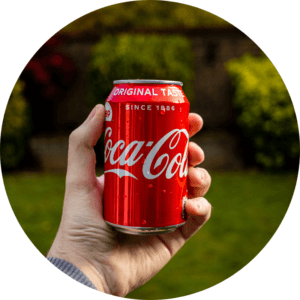 The Next Generation of Outsourcing

Although it had been around for decades, “outsourcing” wasn’t identified as a business strategy until 1989. During that year, a pivotal moment in outsourcing occurred when Kodak Eastman hired IBM to manage IT for their company. 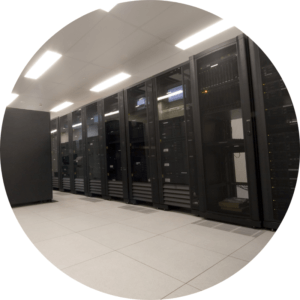 However, the amount of business services that were outsourced to offshore companies in the 1980s remained insignificant, with an estimated 5,000 offshore service workers in 1986.

Today, there are an estimated 350,000 offshore service workers in India alone! Let’s look at the changes in technology and business practices that account for this explosive growth of offshore outsourcing.

Advancements in technology and communications gradually allowed for service work to be done remotely without having to physically move documents and other assets to the remote locations.

Customer service via telephone was among the first services to grow rapidly, domestically and then internationally. The invention and adoption of the toll-free 800 numbers meant that consumers could call manufacturers directly and also allowed companies to centralize customer service.

Although transatlantic and transpacific cables made international phone calls possible in the first half of the 20th century, those calls were terribly expensive due to the limitations of the cables. In 1956, only 60 transatlantic phone calls could take place at the same time. Capacity grew over the next 30 years, but prior to 1988 when the first fiber optic cable was strung across the floor of the Atlantic, the number of phone calls crossing the ocean at any given time remained limited to a few thousand. 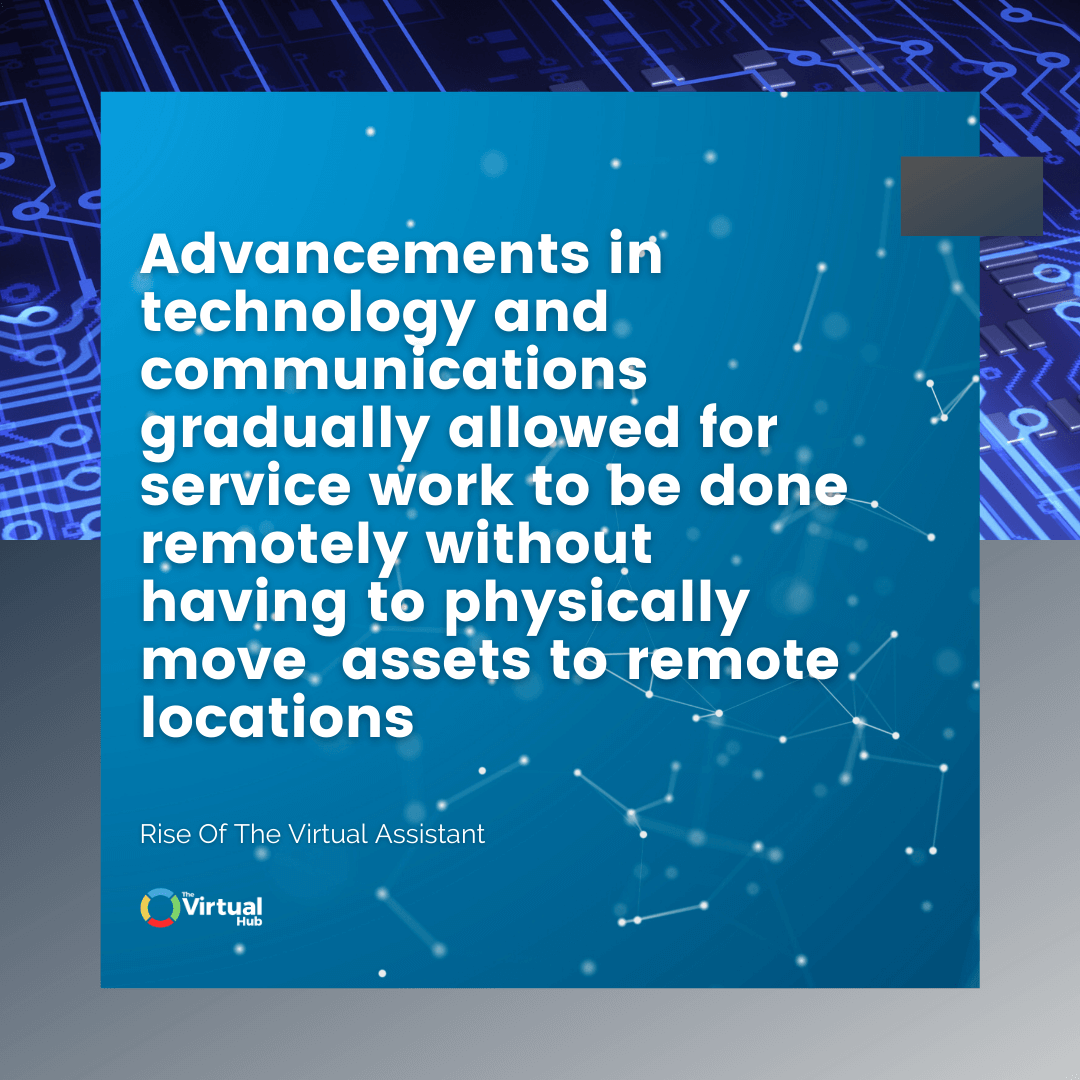 Once these additional and improved cables were in place, the cost of international calls became affordable enough for companies to move their call centers offshore as a cost-saving strategy.

IT professional turned business coach/consultant Frank Holz is credited with establishing the first offshore call center in 1992 when he helped the Accenture group set up a center in the Philippines.

Later, in 1999, Jack Welch of GE set up their first international call center in India.

The visibility of Jack Welch and GE brought the business world’s attention to the availability of telecom talent in Asia. 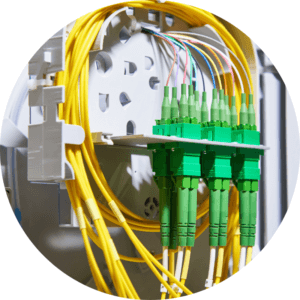 Evolution of the Admin Field: Secretaries to Virtual Assistants

So, what does this have to do with virtual assistants? Well, as business and industry were growing over the course of the 20th century, it created demand for administrative help. By the 1920s, the administrative assistant – then called “secretarial” – field was growing exponentially. 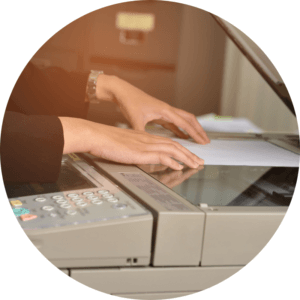 A significant shift from agriculture to industry drove the need for administrative support around the turn of the 20th century and, until that time, secretaries were predominantly men!

In the early 1900s, there was a growing need to process more paperwork just as more men moved into heavy industry fields (e.g., mining) and as more women both began completing high school and entering the workforce. Add in the invention of the typewriter and the administrative field began to explode!

Which each new technological advancement (think: copiers, computers, fax machines), people often expected new devices to made admin roles obsolete. But each innovation requires people who know how to use those tools! Therefore, the administrative field continued – and continues – to grow.

The First Steps toward Virtual Admins

Hop ahead to 1985 when Ms. Linda Anderson established “Home Secretaries,” a company that allowed women to perform administrative work from their homes rather than in traditional office roles and we have our first U.S. example of remote admin workers.

The awareness of and demand for VAs has been rising rapidly since 2009 when Tim Ferriss published his book The 4-Hour Work Week.

Ferris’ favorite productivity hack is delegating the many things we find on our to-do lists that could be completed by someone else.

He’s typically credited for creating a movement where people gain efficiency by outsourcing unpleasant, time-consuming, repetitive, and boring tasks, as well as other to-dos that would be done better by someone with a different skillset. 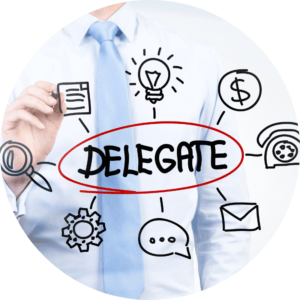 From the around 1996 through the mid-2000s, a variety of professional organizations, VA training companies, and VA placement agencies and services companies, as well as freelancer VAs, sprang up all over the world.

With 50-60% of the world’s population connected to the internet, plus the availability and growth new digital tools for sharing and managing work, individuals and businesses have everything they need to delegate tasks to VAs across towns, across countries, and across oceans. 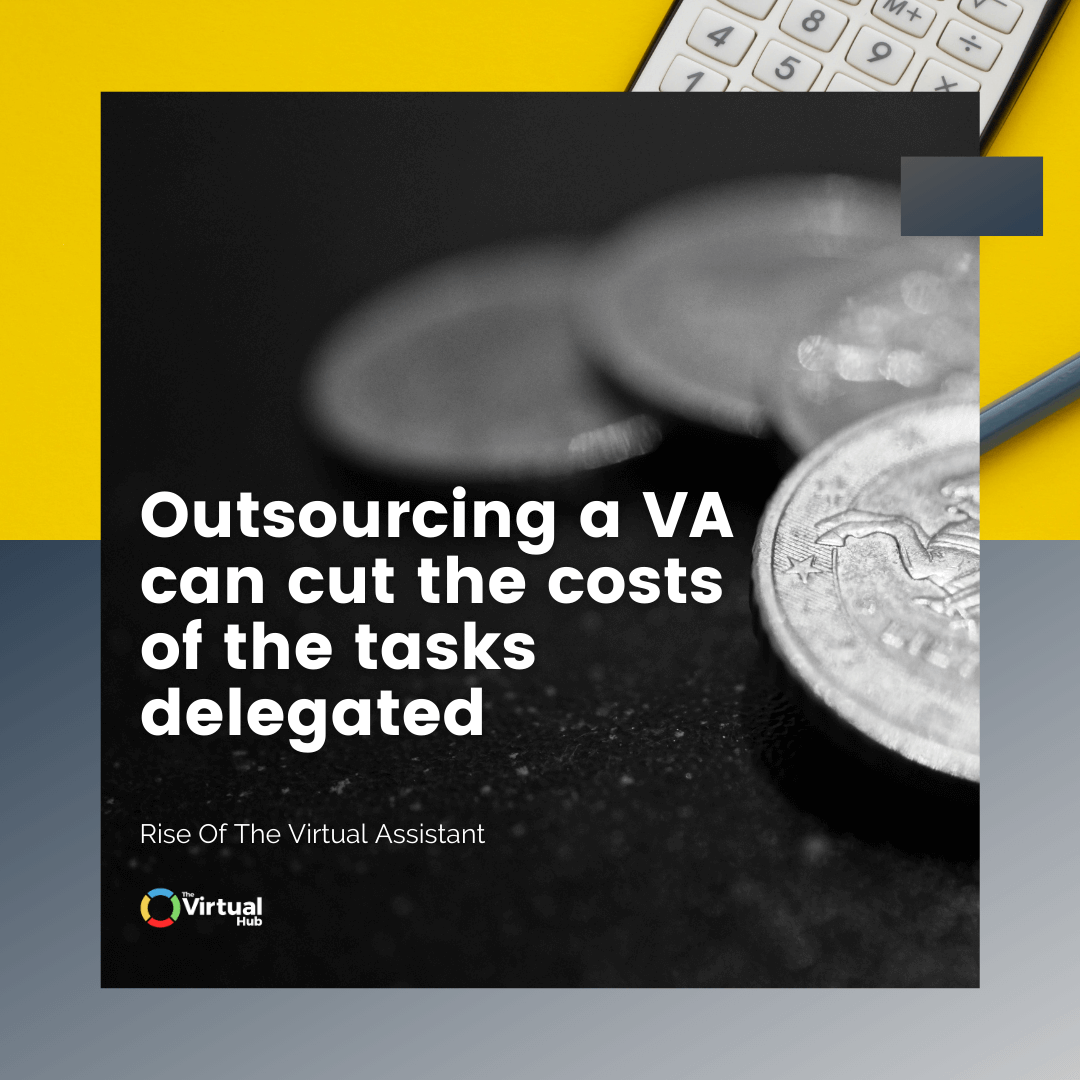 How Large is the Virtual Assistant Market?

It’s difficult to get a precise estimate of the number of individuals currently employed as virtual assistants, as current data on administrative professionals doesn’t distinguish between admins working in traditional roles and those working virtually. And although there are a number of professional organizations for VAs, such as The International Virtual Assistants Association and the Virtual Assistant Networking Forum, VAs may not belong to any of these organizations. At the same time, the number of virtual assistants listed on freelancing platforms varies from 5K to 20+K, depending upon the platform, although many of them likely have listings on multiple platforms. 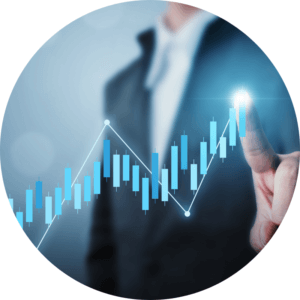 Calculating the value of virtual assistant work worldwide is similarly difficult, but there are clues that suggest the demand for VAs will continue to grow and grow rapidly.

Freelancer.com, possibly the world’s largest platform for freelancers, reported that virtual assistants became the second-fastest growing type of work sought on their site during the third quarter of 2019.

"As entrepreneurs and businesses become increasingly aware of both the availability and value of skilled virtual assistants, no doubt more and more businesses outsource to VAs."

Plus, research is revealing how outsourcing to a VA can cut the costs of the tasks delegated by up to 80%. If you’re looking to prove that statistic by comparing the overall hourly cost of hiring a VA (i.e., including savings on office space, equipment, benefits, etc.) to the cost of doing the work in-house by the simple division, you won’t be convinced. But that’s only because the simple math doesn’t account for the increase in the productivity of the in-house employees who will have more time to devote to core business activities.

To clarify what we mean, it’s estimated that low-value, administrative tasks take up to 69 workdays a year for the average employee!

That number comes out of an 11-country productivity study conducted by Unit4, a software leader for service-based companies. From those figures, Unit4 estimates that core business productivity lost to admin tasks costs business as much as $5 trillion globally each year!

Therefore, as entrepreneurs and businesses become increasingly aware of both the availability and value of skilled virtual assistants, we have no doubt more and more businesses to outsource to VAs. 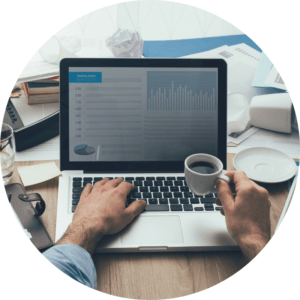 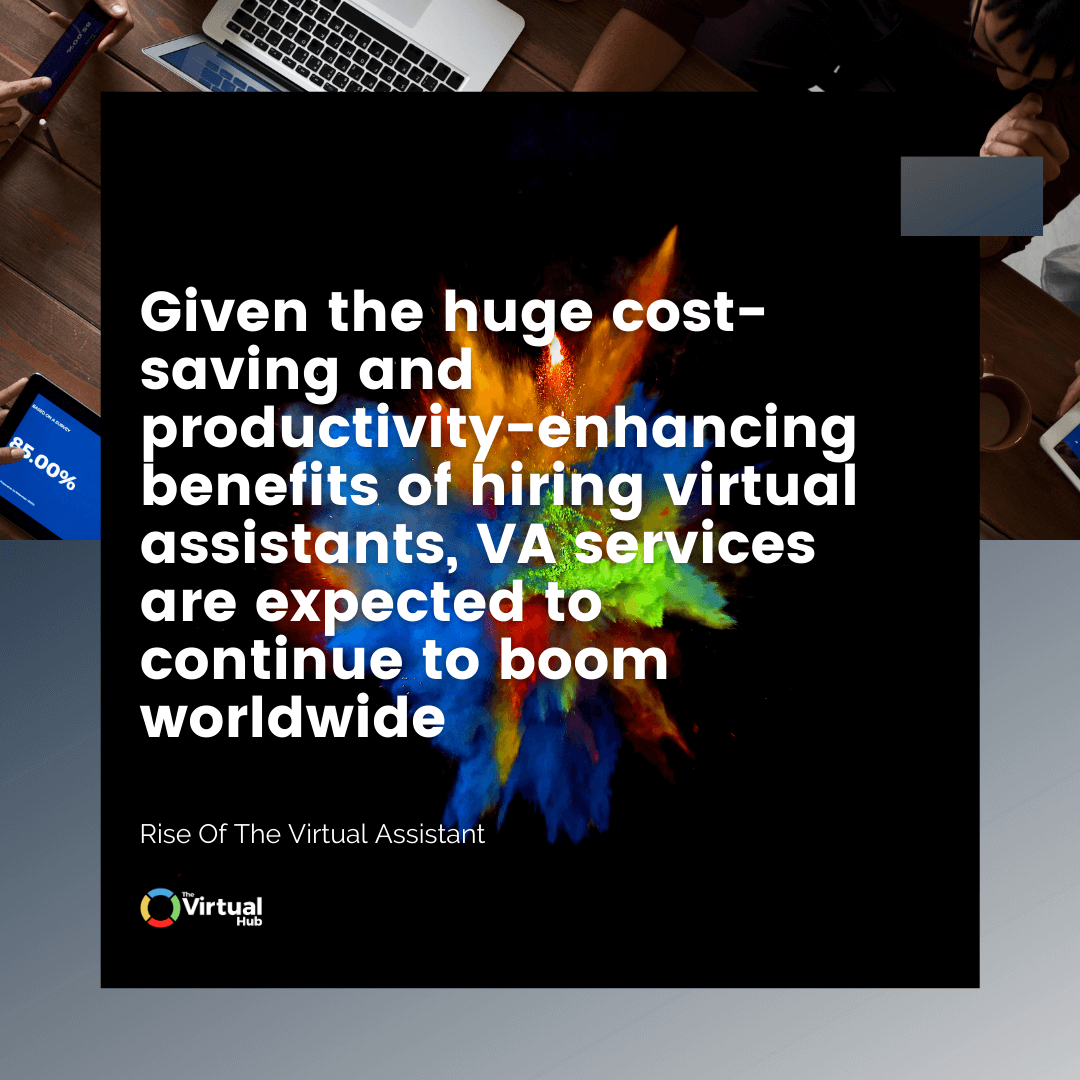 The Changing Role and Variety of Virtual Assistants 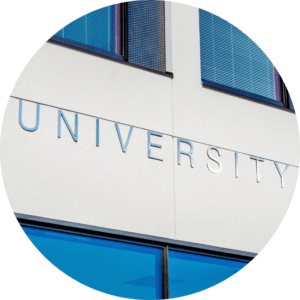 Today, the umbrella term “virtual assistant” refers to individuals with a broad range of skillsets. Yes, many of them perform the strictly admin tasks we’d associate with traditional, in-office administrative assistants. That type of VA is typically referred to as a “generalist.”

However, rather than coming from traditional admin educational and professional backgrounds, many virtual assistants have college degrees, as well as work experience across a broad range of business functions.

All VAs typically have extensive training or experience in the digital tools that make virtual work possible, but “specialist” VAs possess additional expertise in specific roles or tools.

In fact, the possibilities are practically endless! For example, within social media, there are VAs who have niched down to focus one specific platform, such as LinkedIn or Instagram. VAs might also be specialists with a specific tool like MailChimp for email marketing, Ontraport for building sales funnels, WordPress for publishing content, or Dubsado for creating automated customer workflows.

Graphic design, audio and video editing, and internet research are examples of other areas in which virtual assistants specialize. Specific industries present another opportunity for VAs to specialize. For instance, a VA might focus exclusively on serving photographers or real estate agents. 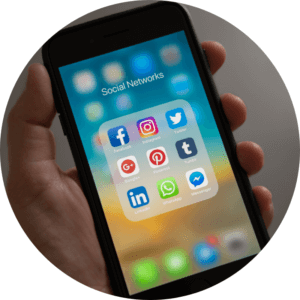 Virtual Assistants Are Here to Stay

Given the huge cost-saving and productivity enhancing benefits of hiring virtual assistants, and our ability to select from talent all over the world to fit our needs and out budgets, we expect VA services to continue to boom worldwide. And from our point of view, it’s a very good thing for the global market. At The Virtual Hub, we’re committed to helping entrepreneurs eliminate overwhelm and grow their businesses while providing rewarding, next-level career options for our VAs in the Philippines.

Finding Your Voice And How To Make Great Content

Ready to get started?